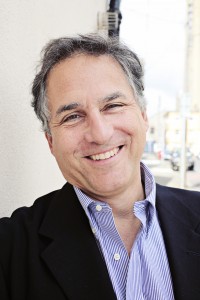 After receiving my clinical psychology doctorate in 1981, I worked in psychiatric staff positions at South Beach Psychiatric Center, Bronx Psychiatric Center and Lenox Hill Hospital- where I was director of the outpatient group psychotherapy program. After postdoctoral study and certification in psychoanalytic psychotherapy from the New York University Postdoctoral Program, as well as the Organization Program of the William Alanson White Institute, I conducted a New York City consultation practice for over 25 years. Following completion of an Executive MBA at Baruch College, I continued to teach in the psychology faculty on Baruch’s International Masters in Human Resources and Personnel Psychology, which included the development of innovative group-based programs in Singapore and Taipei. Among other projects, I have conducted both short and long-term consultations in higher educational institutions as well as with the New York City Fire Department, following the attacks of September 11, 2001. Beginning in 2008, I designed and implemented programs in the development of entrepreneurial businesses for demoralized, middle-aged, professionals.

Since coming to Dublin, I have lectured in Organizational Behavior at University College Dublin, and in Psychoanalysis at Trinity College. I am a Chartered Psychologist in the Psychological Society of Ireland as well as a member of the Irish Forum for Psychoanalytic Psychotherapy and the International Sandor Ferenczi Network. I serve as Assistant Editor on the American Journal of Psychoanalysis.

I can be contacted at Ian AT iansmiller.com